We are the first cross-cultural community for business professionals. We create short content for you to engage with your chosen language and culture, and stay connected to our LFB community. 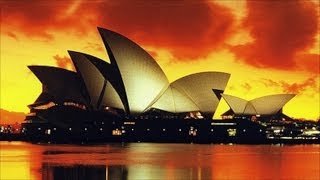 Australia, Land Down Under

Where are the Friendliest Places on Earth?

Whether you are #travelling or residing somewhere, it is always nice to feel welcomed by the locals around you. Below are some of the world’s friendliest places, as set out in a report by the World Economic Forum (WEF). According to the WEF list, it is the small island nation of #Iceland that tops the list of friendliest countries, with New Zealand not far behind in second place. The antipodean nation also topped a recent survey of expats, who voted it the most #welcoming for

Immersing yourself in the #language(s) you are #studying is essential to improve and make progress towards becoming fluent. It doesn’t have to be difficult or boring, and immersing yourself could entail watching a film or reading a book in that language or visiting the country rather than spending hours drowning your brain in a book. I recommend watching #films; without the subtitles of course. With Hollywood being such a dominating figure in our Western world, we sometimes f

Dubai is one of the most popular tourist destinations in the United Arab Emirates and with good reason! With stunning #beaches, lavish hotels and plenty of shopping it’s pretty hard to fault. When I visited Dubai in 2007, it was around the time that #Dubai was on the cusp of becoming a very popular #holiday #destination. When I was there, I knew that it was going to become special. Surrounded by skyscrapers and scorching heat; it was the perfect mix of beach and #culture. You

The Customer is always...

I have the very #English trait of not liking to complain, not moan or make a #fuss about anything. It usually has to be something very #harrowing to make me complain, even then usually quite politely. I don't even like the word 'complain' itself; think about it, it makes the person feel like a whiner. Saying "Hey this is wrong" or any such decisive or direct wording, can sound #vague and could immediately put the respondent on the defensive foot, which isn't good as far as ef

Taking to the Streets

As the summer is in full swing, and we’re into the month of August, the most exciting event on the calendar is the world famous #NottingHillCarnival. Live music, great food and a jolly crowd letting their hair down is certainly worth seeing; that is if you are the type that does not get claustrophobic with many people around you. Just get to Notting Hill Gate Station on the Tube, and the #Carnival will find you. To discover #urban #culture and #art, #Shoreditch would be my p
1
2345